West began construction as a subcontractor on the Unalaska South Channel Bridge in Unalaska, Alaska. This project for the Alaska Department of Transportation included the construction of a 700’ long bridge, a major reroute of the approaches, and relocation of water, sewer, communication, and electrical utilities. 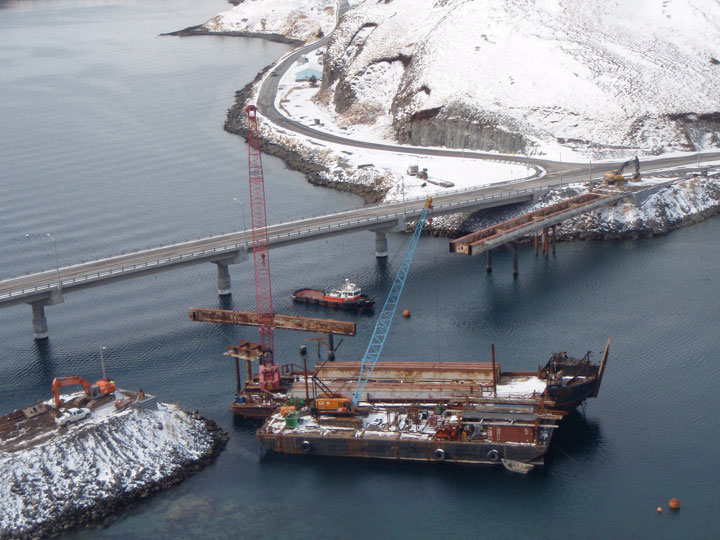 West’s scope included construction of a detour that was paved to allow traffic to safely bypass a major rock cut requiring blasting. West blasted and hauled 64,000 cubic yards of rock and excavated 21,000 cubic yards of unclassified material (silt, gravel, volcanic ash) to a disposal site. That work included rock anchors and rock fall protection fencing. Our scope also included the construction of a building to house a pressure reducing valve system through which all water for the city passes thus reducing the water pressure from over 100 psi to 70 psi. Working closely with our mechanical subcontractor, this was accomplished without disruption to the community. Other components of the water and sewer reroutes included 6”, 12”, 18”, and 24” pipe construction or replacement. West also constructed over 850 lineal feet of storm drains, including 8 manholes.